History of The Floral Hall 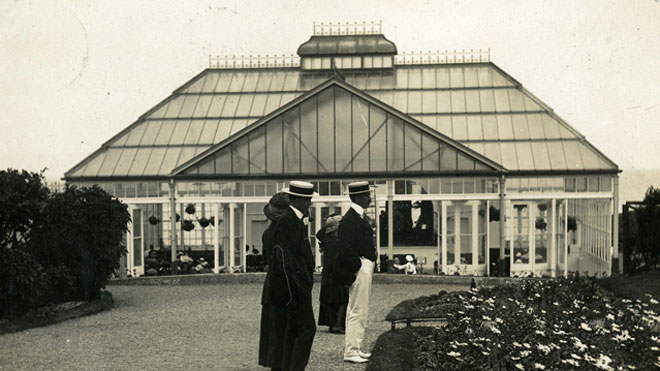 The Floral Hall was built to the design of a typical Victorian pavilion modelled
on the style of the Floral Pavilion at Scarborough but much smaller. It was constructed of cast iron
and steel with a glass roof and built by Messrs J K Barr and Son of Hornsea
and Messrs W H Heywood of Huddersfield.

The Hall opened on the 7th July 1913.
It opened with a concert by the Council orchestra to an audience of 600.
There was also a cafe which could seat 100 people.

During the first world war the hall was used by the army for PT during bad weather
providing it was not being used for anything else. After the war improvements were made to the hall
with the addition of heating and improved lighting and a new cafe was added.

During the second world war the hall was the focal point of entertainment
with dances and concerts.

In 1946 the dance floor had to be replaced.
Probably due to its use during its previous years by heavy footed soldiers!

During the 1950's improvements were made to the hall with the fitting
of a suspended ceiling and the bar area refurbished. The hall during this time won an award
for the best decorated ballroom in Holderness.

The hall has always been a big part of Hornsea. During the 60's,70's and 80's
the hall played host to many famous bands and artists from the world of entertainment
such as The Searchers, Dexey's Midnight Runners, Bay City Rollers, Humphrey Lyttleton and his band.
Radio 1 DJ's John Peel, David Kid Jensen and Dave Lee Travis. Not forgetting Ken Dodd.

In 2012 East Riding of Yorkshire Council announced that it was going to demolish the hall.
There were large protests from the community and after a lot of negotiations the hall was sold
to the community for £1.00.